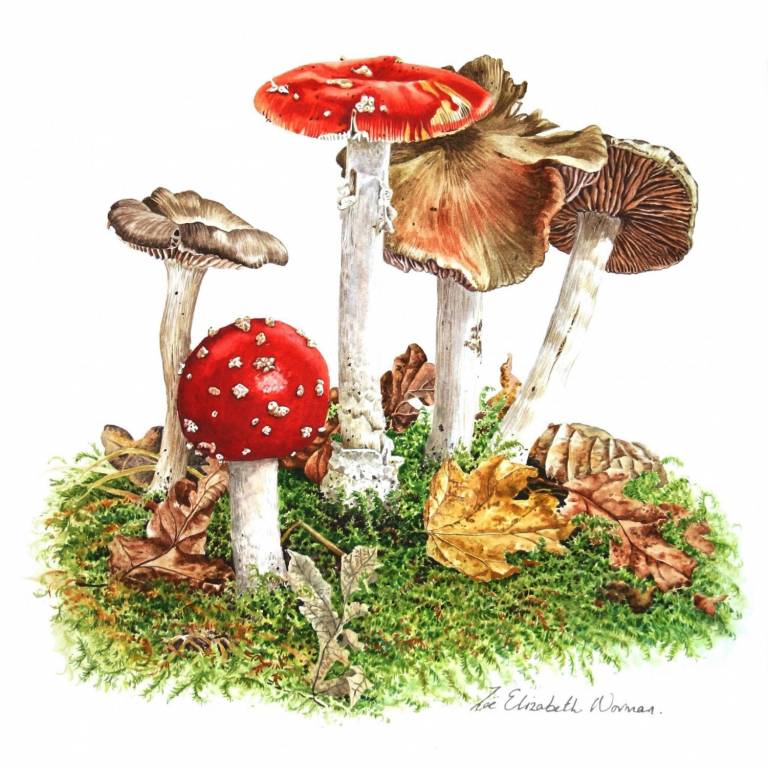 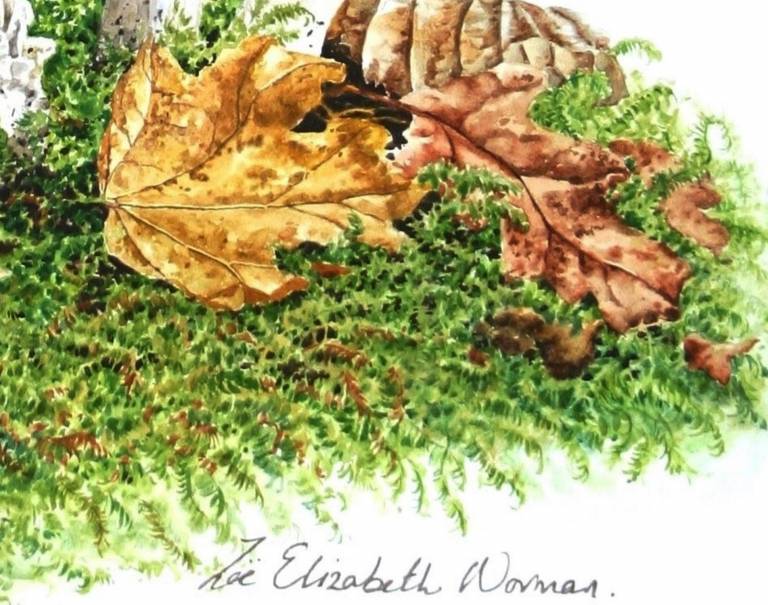 Enquire about this item

A day spent collecting mushrooms inspired this painting. The iconic red mushrooms with white spots are called'fly agaric' and are my favourite mushroom. They are of course poisonous and hallucinogenic but interestingly associated with Christmas.The sacred mushroom was the red and white amanita muscaria mushroom, also known as "fly agaric." These mushrooms are now commonly seen in books of fairy tales, and are usually associated with magic and fairies. This is because they contain potent hallucinogenic compounds, and were used by ancient peoples for insight and transcendental experiences.The effects of the fly agaric mushroom usually include sensations of size distortion and flying. The feeling of flying could account for the legends of flying reindeer.Santa Claus, super shaman.Originally Santa Claus was not red and white, but was first depicted like this due to a seasonal link to native spiritual traditions involving hallucinogenic red and white mushrooms known as fly agaric. When it was time to go out and harvest the magical mushrooms, the ancient shamans would dress much like Santa, wearing red and white fur-trimmed coats and long black boots.Carefully packaged and shipped with tracking information.